What I always loved to see, was someone who thought they couldn’t do something, achieve it. Seeing someones confidence grow when they reach to top of a rock climb is so rewarding. With triathlon coaching I am able to instil that same confidence in women. I help them achieve their triathlon goals, whatever their starting point!

“You need to love the rain, (pain and hard times) to really enjoy, and experience living,”

LTR coaching was launched in 2014 and provides a structured approach to training and nutrition for busy people who are balancing doing what they love, with family and work life.

One of the things I love about triathlon is the places it takes you, and being able to train outdoors. I have always loved the natural environment, and doing triathlon means you get to enjoy some amazing scenery and go to race in different places, places that you may otherwise never go. 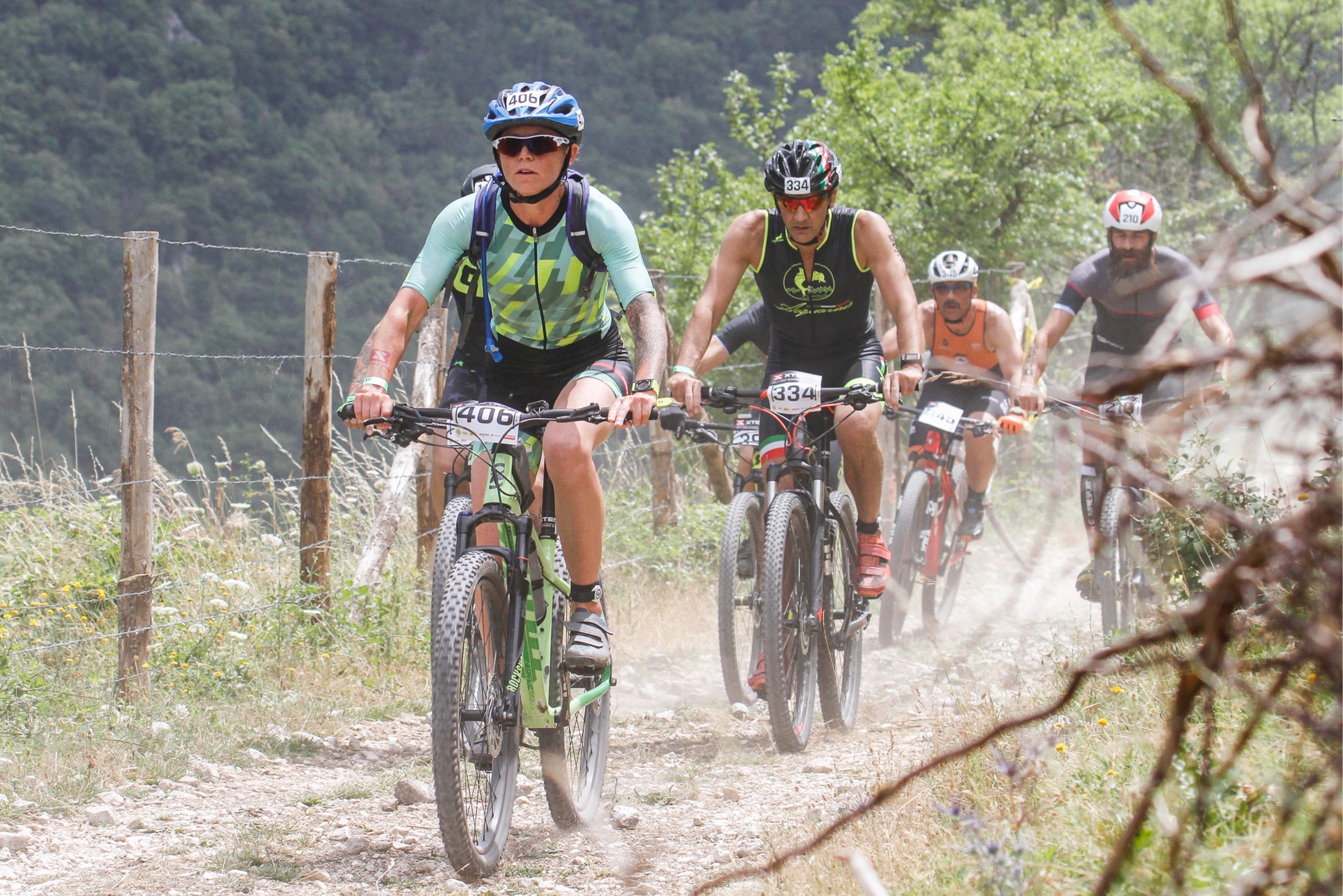 Running is my strength, (I ran a 3.31 marathon at Ironman Wales), and I’ve run from a very early age, managing to get into the cross country team and race against the boys. I loved mud and racing. Even though I was always a competent runner, I had to work harder to master cycling, and swimming, but time trials and time on the bike helped me to reach a higher standard, including winning the Welsh National 100 Mile time trial in 2014. Swimming has come steadily and slowly, through learning, and having swim analysis. 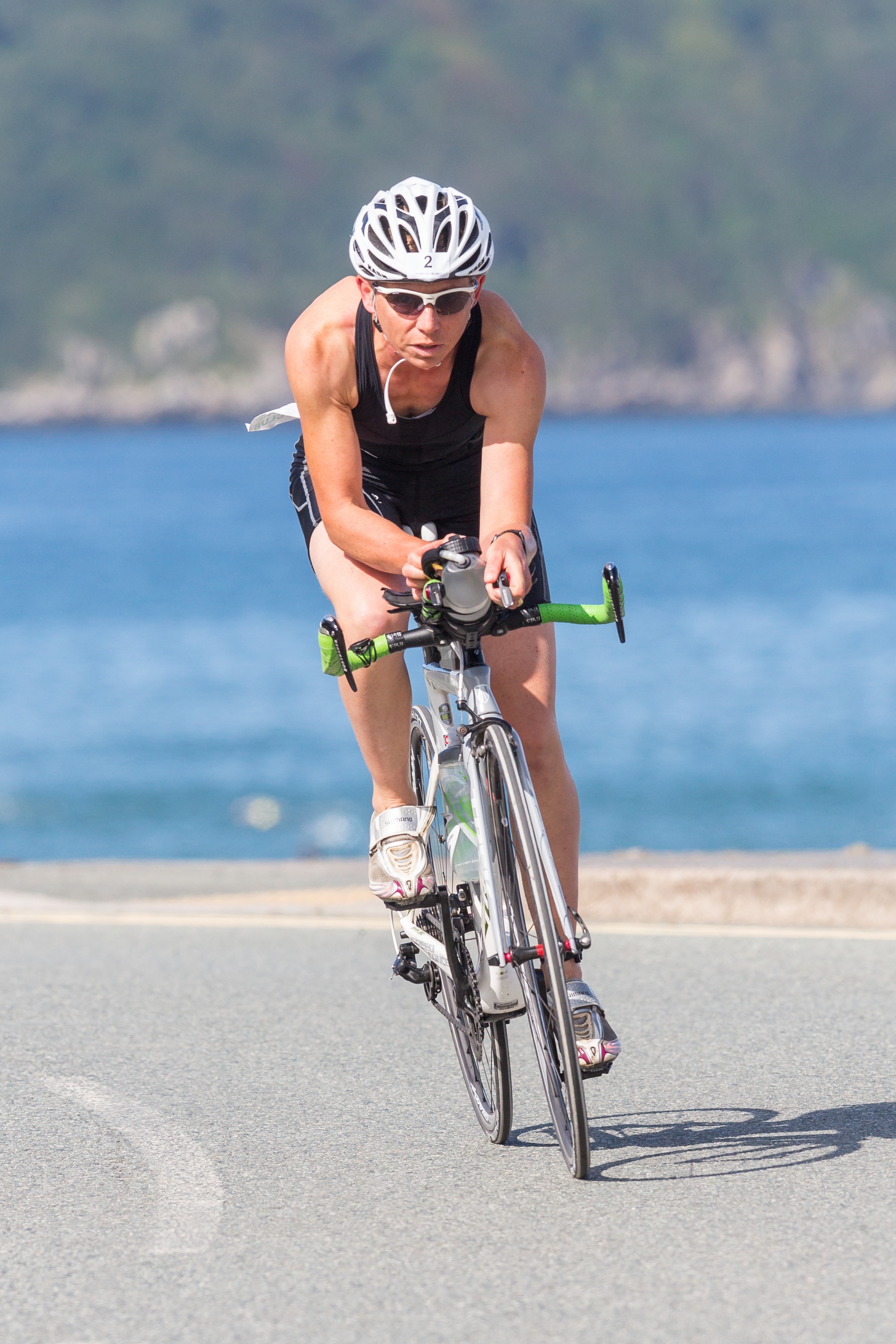 Being active outdoors, is a priority for me, and at secondary school I swapped cross country and track running for an outdoor activities after school club. My teacher at the time was female, and wanted to help me feel more confident, so she made me the leader of our Ten Tors team (The Ten Tors Challenge is attempted by teenagers teams of six. The teams navigate routes over the Northern half of Dartmoor, visiting ten nominated check points in under two days. Teams must be self-sufficient, carrying all that they need to complete their route and stay out overnight safely.) 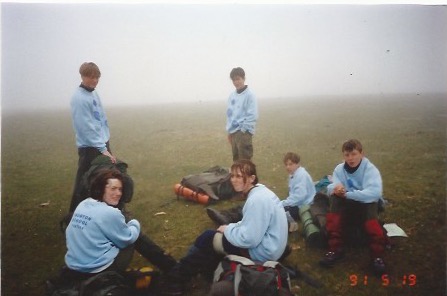 I thrived on the challenge, and my confidence developed and led me to do an outdoor instructor course, where I completed qualifications in Rock Climbing, kayaking, and windsurfing. This was based in North Wales, and I worked with a team throughout the summer, assisting groups. After that I worked the summer in Bude, with school groups, adding surfing to my repertoire.

One of my other loves is rock climbing. I stopped for a while when I had my children, but now the children enjoy the sport, so we spend a lot of time as a family climbing together. Again with rock climbing you get the opportunity to face your fears and deal with them, which has enormous benefit for your life. 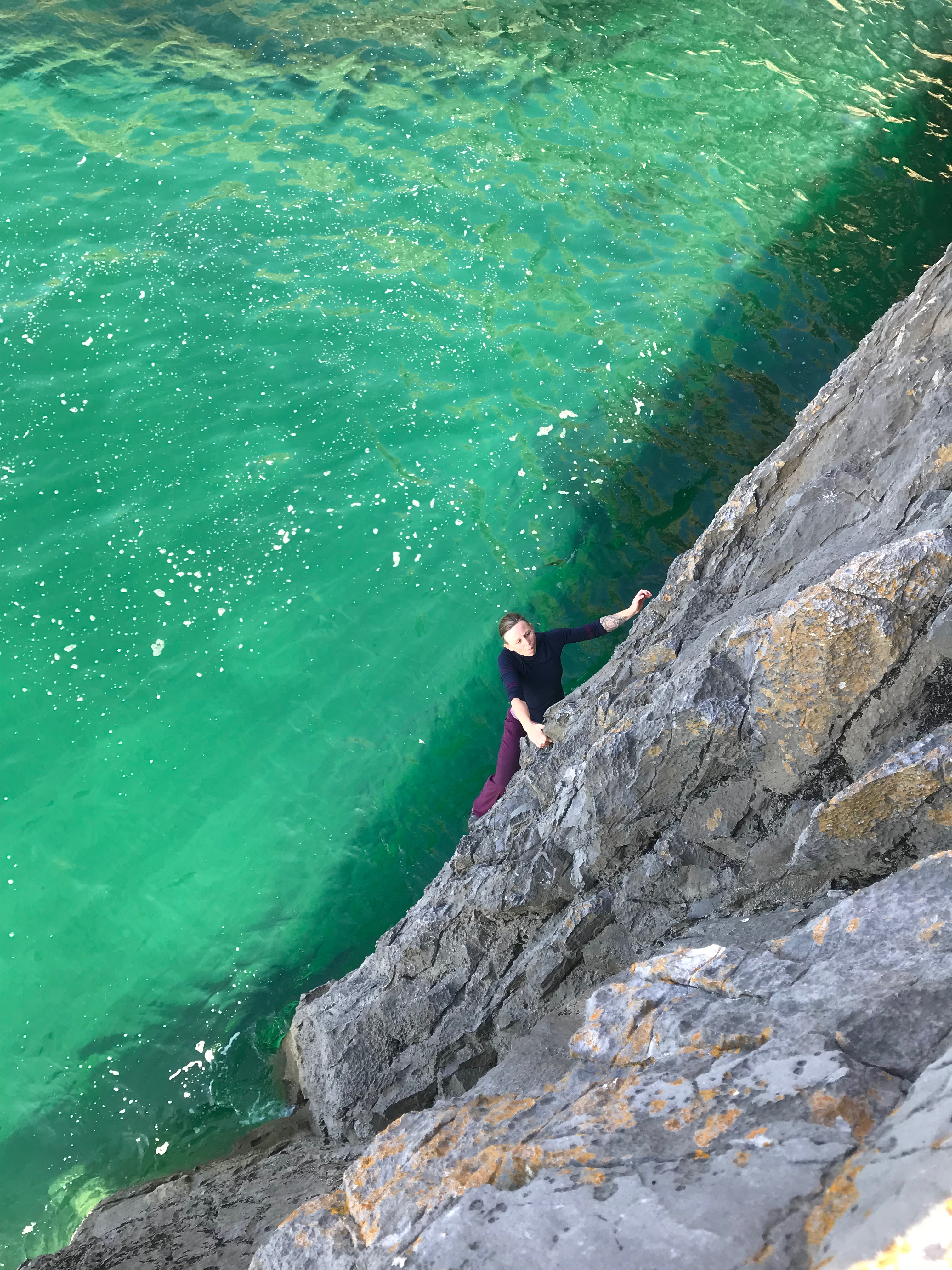 After instructing in Bude I enrolled on a textiles course in Nottingham, where I continued to instruct at the climbing centre there, and I also continued to run. From participating in a variety of sports I have developed the ability to keep calm under pressure and stay in the moment.

During the time I was in Nottingham I went away with a friend to Yosemite. While we were out there I was climbing with a guy who couldn’t complete a traverse on the route that we were on. I had no choice but to go ahead and take over, even though I was scared,

I managed to keep my cool and lead on through.

After completing my Textiles course in Nottingham I decided I wanted to train as a teacher. I moved to Sheffield to train and continued instructing climbing at the centres there, when I had completed my degree, I taught for 5 years in South Yorkshire. I moved schools several times which meant I had to adapt to changes quickly, and in my final year of teaching I became head of the textiles department. I was continuing to rock climb and fell run.

My husband was my climbing partner, (and still is!) I went on to marry him and have 2 children. We moved to Pembrokeshire to have children, and this marked the start of my new life. The area is perfect for people who love the outdoors. I’d always run to keep fit so I joined a running club, but the average age was a fair bit older. So, looking for friendships with like-minded people I went along to the triathlon club as I’d heard there were younger members there. 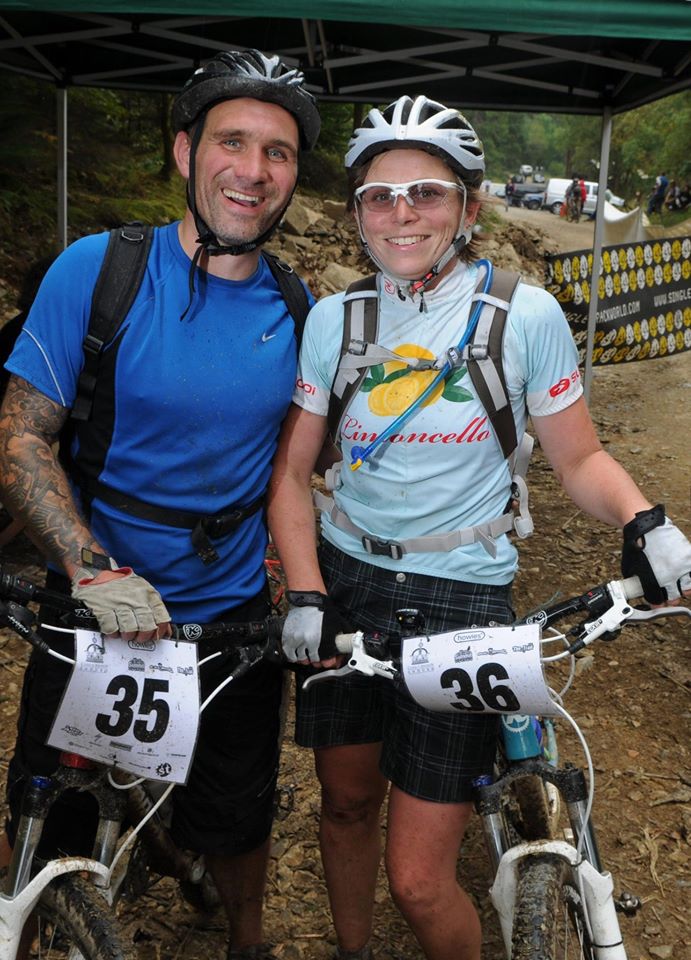 Triathlon was a way of getting some fitness back after having my first son. At first I was happy to do shorter triathlons, as they fit in nicely with my life as a new mum, but when I saw the first Ironman event go through the town I live in, I knew it was something that I wanted to do.

I built up the distance gradually, starting with a sprint distance, I completed my first triathlon on a mountain bike, and was so worried about putting my helmet on, that I put my helmet on before my T-shirt and then couldn’t get my T-shirt over my head!

As time went by, I gradually built up the distance and did more racing. My first proper focussed race that I coached myself to complete was the Anglesey Sandman in 2012 (olympic distance) – it was televised and I won it. I started to realise I was quite good at the sport, and raced the Slateman olympic distance race, in 2013, another tough race. A Half Ironman followed this, and by 2014, I was ready to take on my first Ironman. 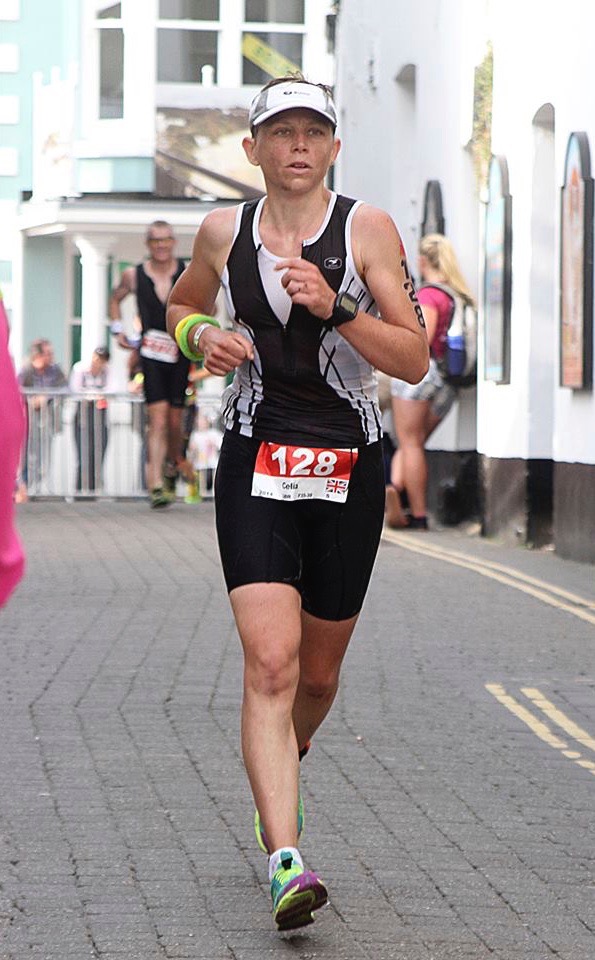 I completed Ironman Wales in a time of 12:07, as a self coached athlete. It was after this that I set up my coaching business. I already had some coaching qualifications, and I worked with only a few clients at first to really get my coaching right and develop as a coach.

I completed my British Triathlon L2 coaching qualification, and continued to learn through my clients what worked well for them. I have a special interest in nutrition, as I love cooking and food, so I completed a sports nutrition L3 diploma, to build on my knowledge. I also completed a Chimp Management (Mind management) course with British Cycling, to learn how to “control your chimp”, based on the work of Steve Peters who was the consultant psychiatrist for team Sky.

Not long after I founded my business, I made it my goal to qualify for Kona. I employed a coach to help me push my limits, and I qualified and raced in Kona in 2017. After having a coach, I learned a lot and started to build my client base, helping people to complete their first Ironman events, qualify for age group races, and also race some extreme triathlons, Norseman and Celtman. 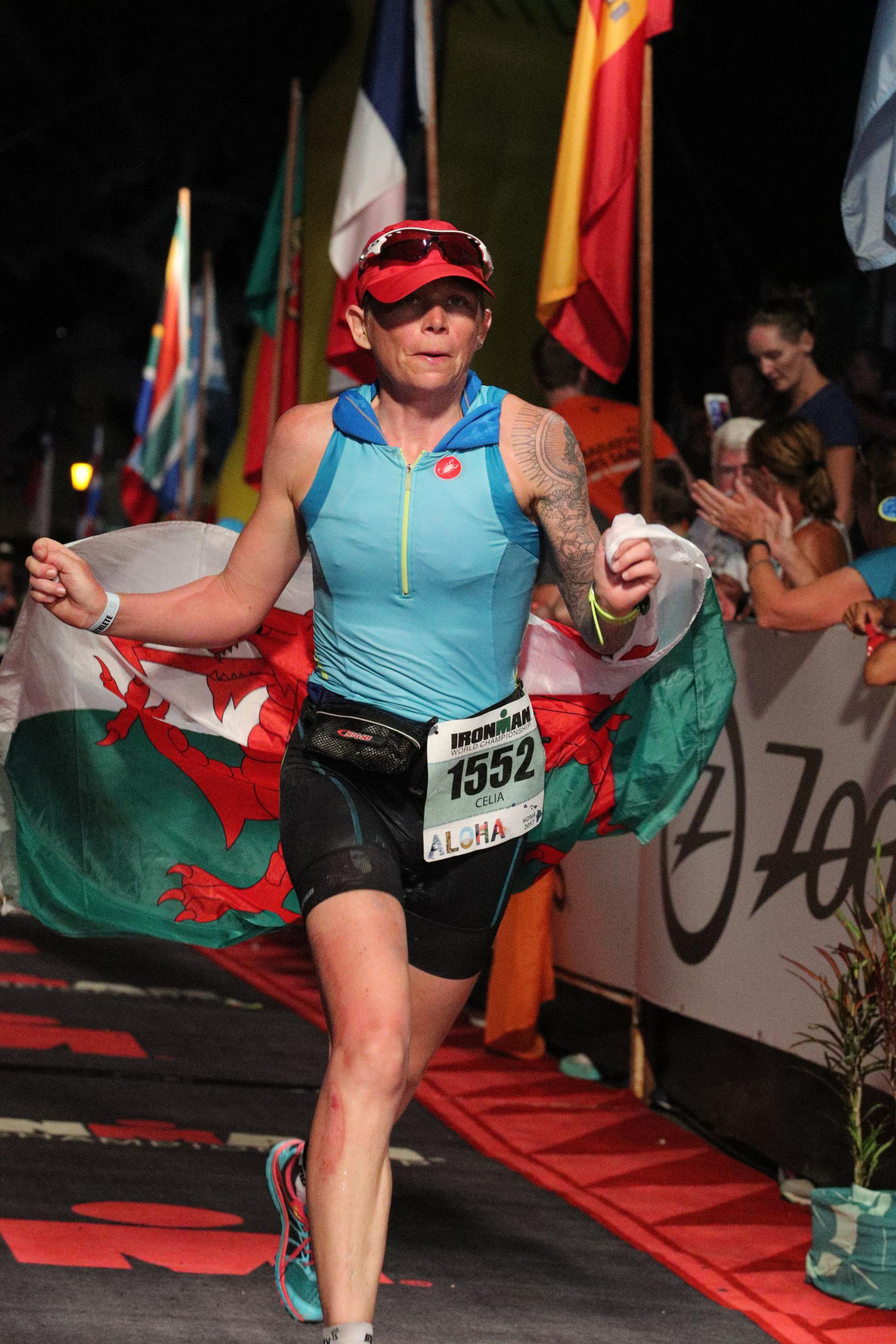 I have continued to develop my business, attending the Training Peaks endurance summit, and I am currently on a Stacy Sims course about women’s physiology and training, called “women are not small men.” During my 5 years of coaching I have developed a special interest in working with female athletes. There is some great research being done about hormones and how they affect training and nutrition, and I have started using this in my coaching with good results. I have actively used the Fitr woman app with my female athletes to better inform training and recovery, and I have had positive feedback on this.

My goal is to empower women, as there are many barriers to women in sport, and by inspiring others I aim to help more women participate in a challenging but rewarding sport.

Having a strong self belief is something that will help you to get the best from yourself in Triathlon and in life. There are so many parallels, and opportunities to learn during a race situation. I always like to explore limits and as an athlete I have recently been inspired to take on different challenges such as off road Triathlon and longer endurance events. 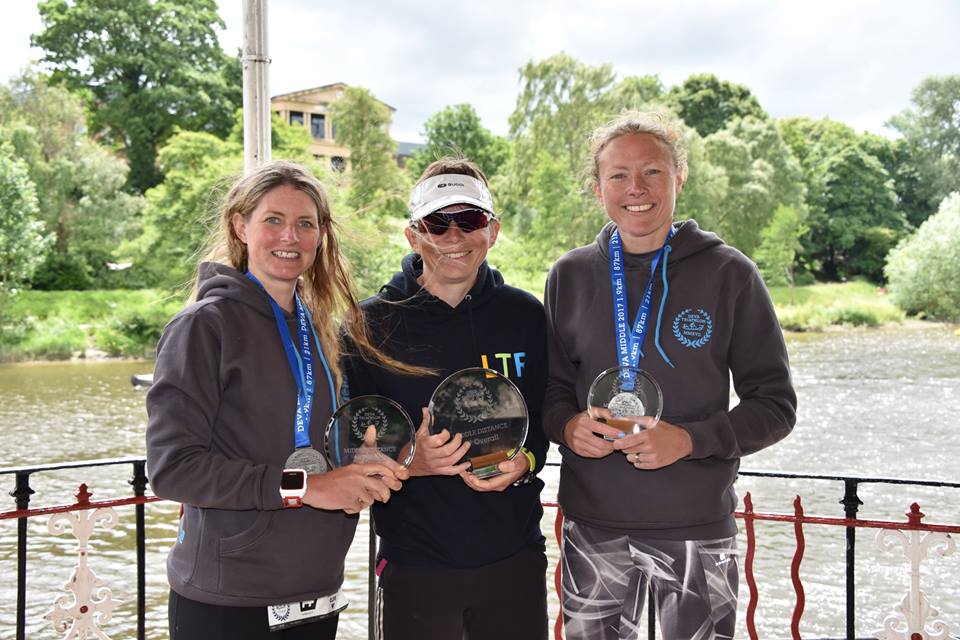 Get in touch here for more information about coaching services and packages.